The history is always described with the language of the corresponding Time. The time of our Company – is the time of World War II and political confrontation, the time of space development and military industry conversion, the time of entering the global market... It is obvious that the history of Russia and the history of our Company have a lot in common. And it is not accidental, as VSMPO history pages open many chapters in the development of the Russian aircraft-building and space industries. We’ve never been the supernumeraries of our Time. Accepting its conditions and rules of play, we were always able to be «one move ahead», identifying our future prospects.

«Only Movement and Only Forward» – this principle conditioned the leading part and position of Verknaya Salda Metallurgical Production Association in the global industry of light alloy finished and mill products.

History of formation and development

The history of Verkhnaya Salda Metallurgical Production Association (VSMPO) dates back to July 1, 1933, when Plant No. 45 was put into operation near Moscow to become the leading supplier of aluminum and aluminum alloy mill products for the developing aircraft-building industry in the Soviet Union.

Indeed, from the very beginning the plant was kind of the testing area for mastering of the scientific theories and engineering processes in the course of industrial production. Under the direction of S.M. Voronov, Chief Metallurgist, the entirely new high-strength М - 95 alloy was developed for manufacture of the load-bearing elements for high-speed bomber АNТ - 40. In 1935, forging alloys АК 5 and АК 6 were put into production and within several months they were used for manufacture of over 50 new codes of sophisticated aircraft parts.

In 1940, the plant had increased its product yield by four times compared to 1936. 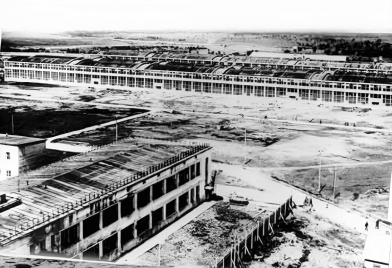 The first bombardments of the plant in July 1941 made it necessary to take the extraordinary decision to build the alternate plant in the Urals. In October 1941, the State Defence Committee of the USSR decreed to evacuate the plant to the town of Verkhnaya Salda.

During severe Urals' winter within a very short period the equipment was installed in the production areas of the Steel Structures Plant, and in December 1941 the plant had released its first products at the new facility. Nonferrous metallurgy Plant No. 519 was located in the same area. Its production basis consisted of the equipment brought from Kolchuginsk nonferrous metal plant and that of the two plants from Leningrad - "Red Vyborzhets" and the Plant named after Voroshilov. In this way, at discretion of the Time, not only the human destinies, but also the histories of the plants with different traditions, knowledge and experience were united to withstand the common sorrow named War. In spring 1942, the plant output reached the level of the pre-war period, and in 1943 its design capabilities were exceeded by 6 times, which allowed to completely satisfy the demand from military aviation. Besides aviation, the produced semi-finished products found wide application in the ship - and tank-building industries, in the production of ammunition and armament.

In 1945, the plant personnel was rewarded for its self-sacrificing labor during the years of the Great Patriotic War with the highest award of that time -Order of Lenin. 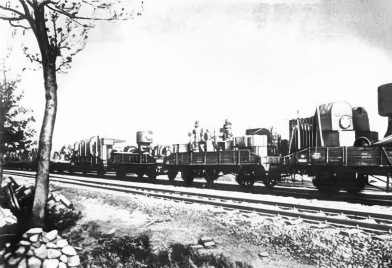 Evacuation of a factory to Ural

The post-war period challenged the company staff to master and produce products of the much higher quality for application in the state-of-the-art aircraft models, including jet aircraft.

Under the guidance of V.I. Dobatkin, a famous scientist, Doctor of Engineering, the company had developed the process and mastered production of large ingots by continuous casting. The first Russian hollow sections, thin-walled tubes and large-size die forgings were produced at VSMPO.

Development of aerospace equipment and foundation of the powerful Russian submarine navy required application of the new materials providing wider capabilities and meeting strict requirements for operational performance. TITANIUM was one of such materials. 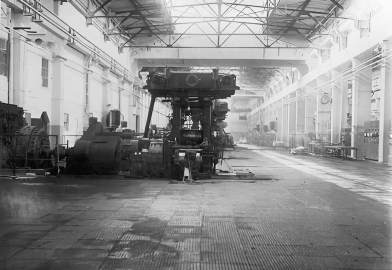 On June 21, 1956, the Council of Ministers of the USSR had set the historical target for the company: to start large-scale production of ingots and semi-finished products from titanium alloys. In February 1957 the first titanium ingot with the diameter of 100 mm and with the weight of 4 kg was melted at VSMPO.

In 1959, the press-forging facility was put into operation equipped with unique horizontal and vertical presses, among which was the most powerful forging press in the world with the capacity of 75.000 ton. The growing demand for high-quality products produced by the company called for expansion of production. Vast investments were made in reconstruction of production facilities.

In 1966, new rolling facility was put into production for manufacture of titanium and stainless steel sheet and plate. In 1968, the new melting and casting shop was brought into production for manufacture of large-size titanium ingots for application in the atomic submarines of the latest generation. Great work was performed on development, improvement and launching into production of the new titanium alloys for specific aerospace and shipbuilding projects. Essentially, the plant has become not only the large production facility, but also one of the leading research and development centers in the field of titanium production.

On January 18, 1971, the plant personnel were awarded with the Order of Red Banner for mastering of the new technologies.

In 1976, the largest titanium ingot in the world with the weight of 15 ton was melted at the plant.

But it wouldn’t be fair to ascribe all the success and achievements of the company staff only to titanium. Long-length aluminum panel and section, large-size aluminum alloy die forging, die forgings from steel and nickel-alloys – this is the incomplete list of “non-titanium” VSMPO products. Mill products manufactured at VSMPO were used in such projects as space complex “Soyuz – Apollo”, space shuttle “Buran”, launch vehicle “Energy”, huge transport airplanes АN-124 (“Ruslan”), АN-225 (“Mria”) – almost in every aerospace project of the former USSR as well as in shipbuilding, power engineering, chemical, pulp-and-paper and other industries.

In 1983, for important contribution to development of the domestic aviation metallurgy VSMPO was awarded with the Order of October Revolution.

By the end of the 80s, VSMPO has become not only the significant domestic producer, but the world’s largest supplier of semi-finished titanium products. The amount of titanium ingots melted at VSMPO was 1.5 times more than that produced in the rest of the world! 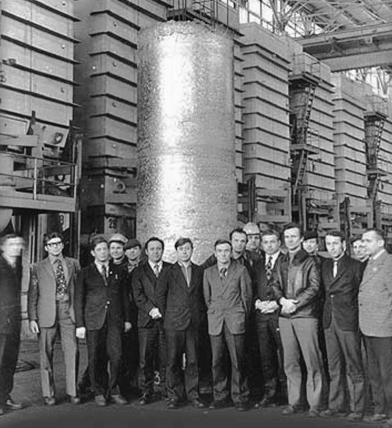 In the World market

In 1992, in the course of the all-round conversion process, Vladislav V. Tetyukhin was elected the Director General of VSMPO. He has developed the bold strategy for the company integration into the global economy to ensure maintaining of the unique production under conditions of extreme instability of the domestic business system. We could rely only on our own strength: take credits, make investments into development and reconstruction of production in accordance with market requirements.

In August 1993, the Quality Assurance System (QAS), introduced at VSMPO, was certified by the German company TUV-CERT. At the same time, certification work was carried out with other European and American aircraft and engine building companies. As of January 1, 2003, VSMPO held 185 certificates for all the main production lines.

A significant factor enabling the company to maintain its position at the world market is the close partnership with JSC AVISMA (Berezniki, Perm region) – the world’s largest sponge titanium producer. The established in 1998 VSMPO-AVISMA production-engineering corporation allows to pursue the joint engineering and marketing policy. 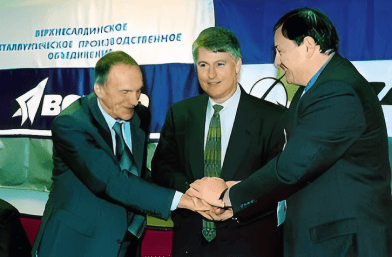 VSMPO and Boeing extended the agreement for supply of titanium products to USA, 2002

Up to 70 % of VSMPO titanium products is exported. All in all, the company delivers products to 1500 Russian customers and 260 foreign companies from 39 countries. At the global titanium market VSMPO has built up the reputation of the efficient supplier of the high-quality products.

Along with titanium semi-finished products, VSMPO is expanding production of products from aluminum alloys, die forgings from heat-resistant nickel alloys and high-strength steel. We still can manufacture products that can be reasonably called unique. Where else in the world is it possible to make a truck beam forging for А380 landing gear with the weight of 3.5 ton!