The apartment house built by VSMPO-AVISMA Corporation and commissioned by the government committee has been inhabited. The ceremonial event of handing over the keys and the festivity in honor of the opening the house in the Solnechny ("Sunny") residential district has taken place today on the City Day of Verkhnaya Salda. The 70 apartments out of 80 ones in the new building were transferred to the company's employees under a non-refundable residential lease agreement, and the 10 ones were transferred to the municipality for doctors and teachers. All the well-maintained apartments were commissioned on a turn-key basis: a high-quality decoration work was made, and all the necessary plumbing was installed.

The new house is a continuation of the Corporation housing program, the implementation of which was resumed after a ten-year pause. In 2019, the Corporation examined the foundation of the house forsaken by the former tenant builder, and after the expert assessment, bought it in order to comlete building. At the same time VSMPO-AVISMA Corporation undertook to fully pay off the stakeholders of the former tenant builder, and it was done.

A new contractor of VSMPO-AVISMA Corporation finished the building of the foundation, completed all the construction, installation and finishing works. Before the commissioning of the apartment building, the landscaping of the building surrounding grounds was completed and a site was prepared for the installation of a modern sports and gaming equipment complex, which will be commenced in the near future.

After an official part of the ceremonial event, a splendid street celebration was held for the young residents of the new house and their neighbors. At the end of the day, the great festive fireworks will take place in Verkhnyaya Salda to be given as a gift by the Corporation to all residents in honor of the City Day and the appearance of a new residential district. 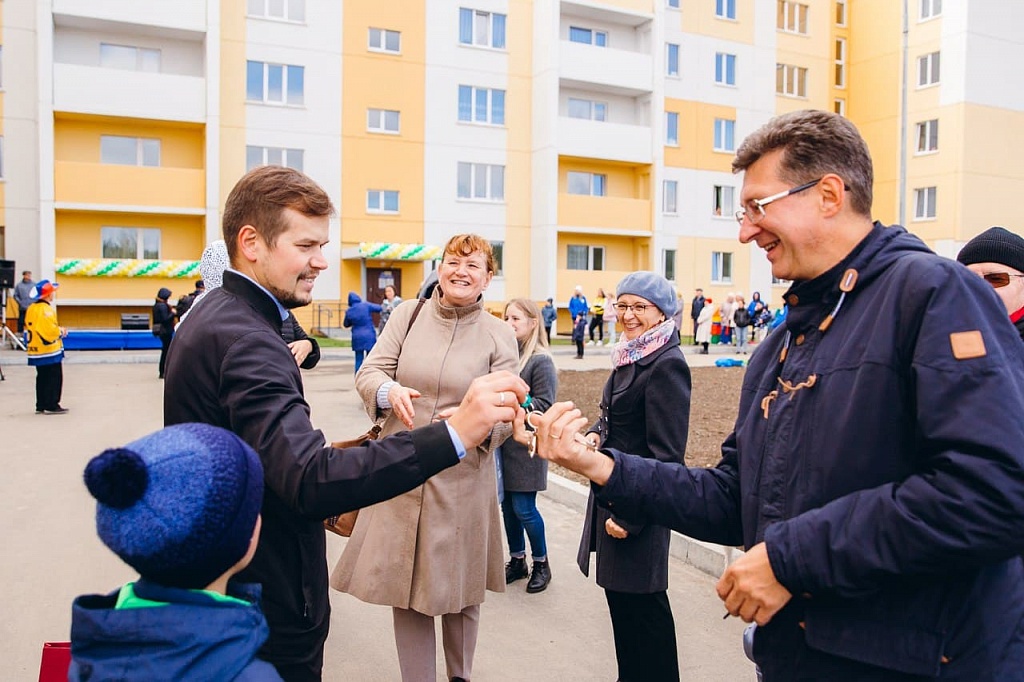 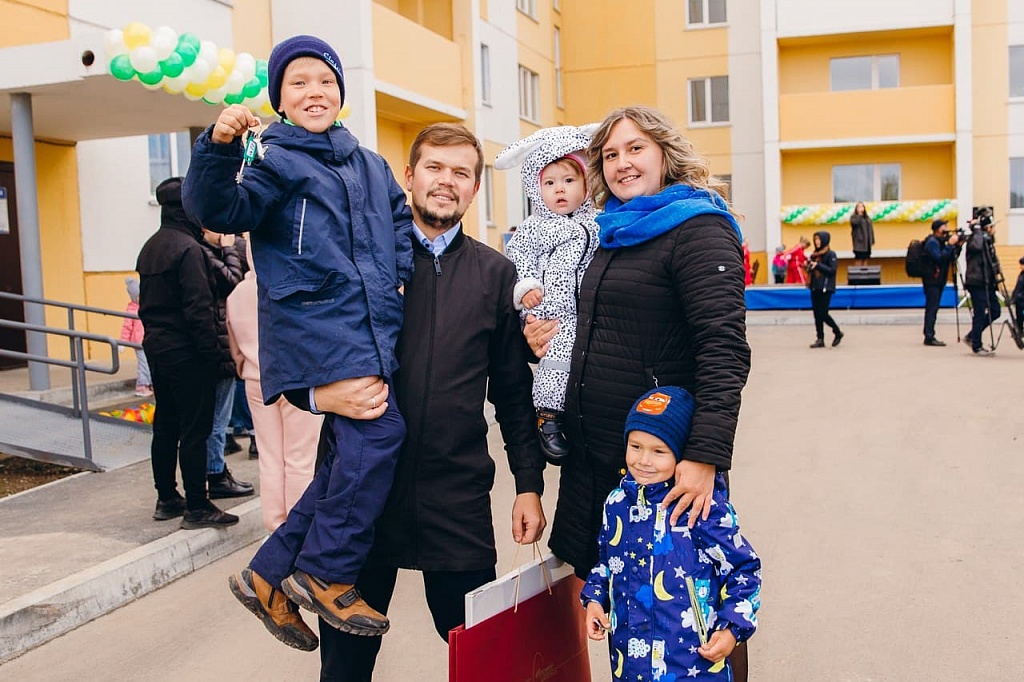 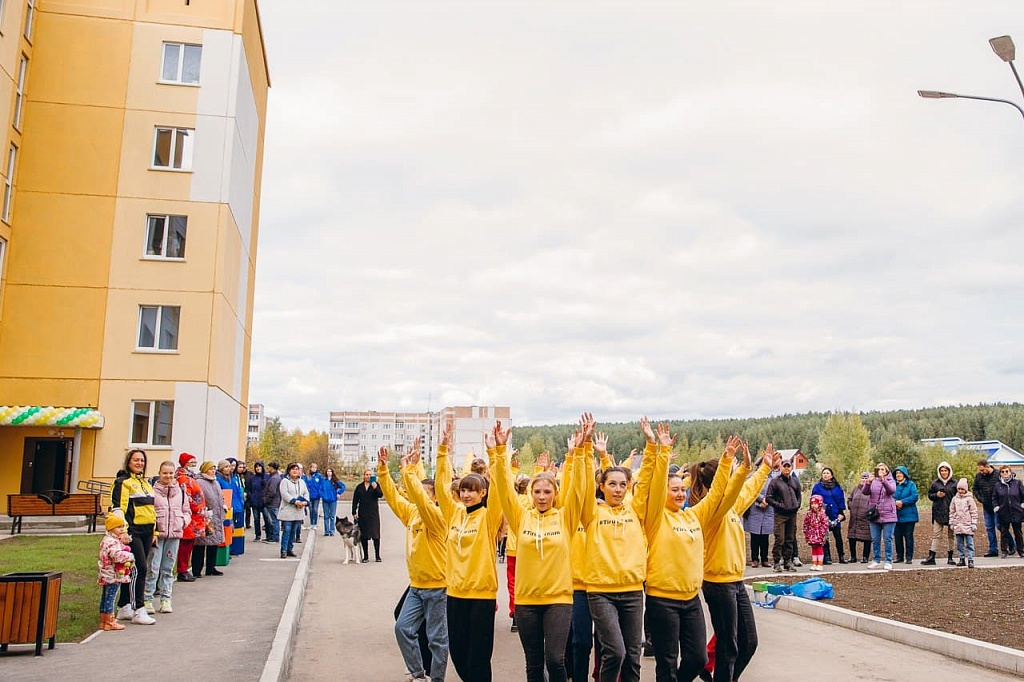 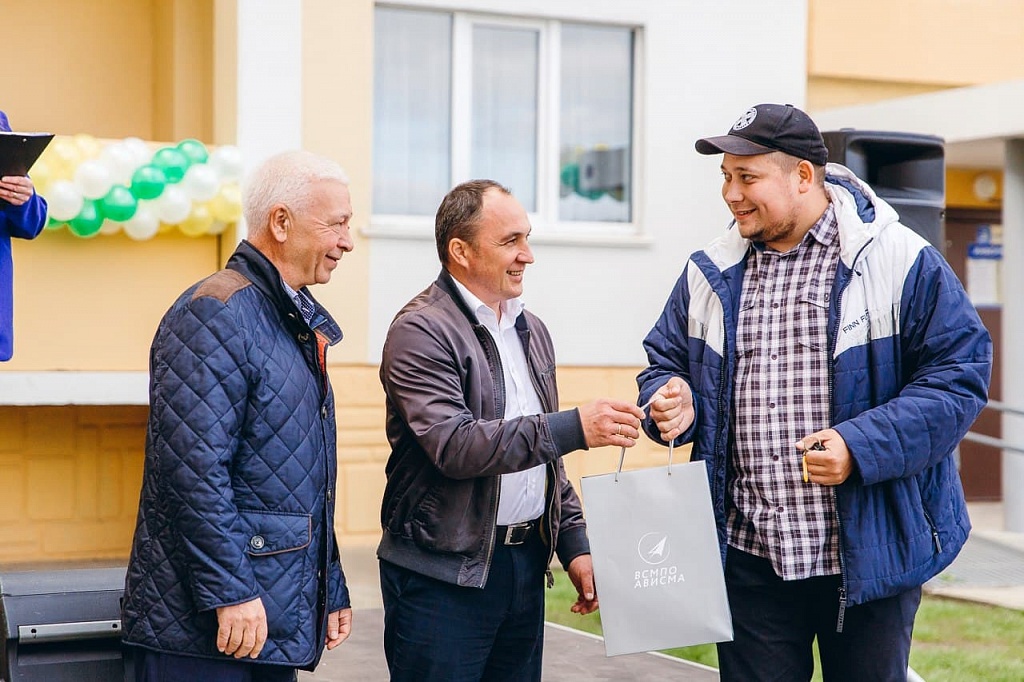